What we’re upto at the moment… 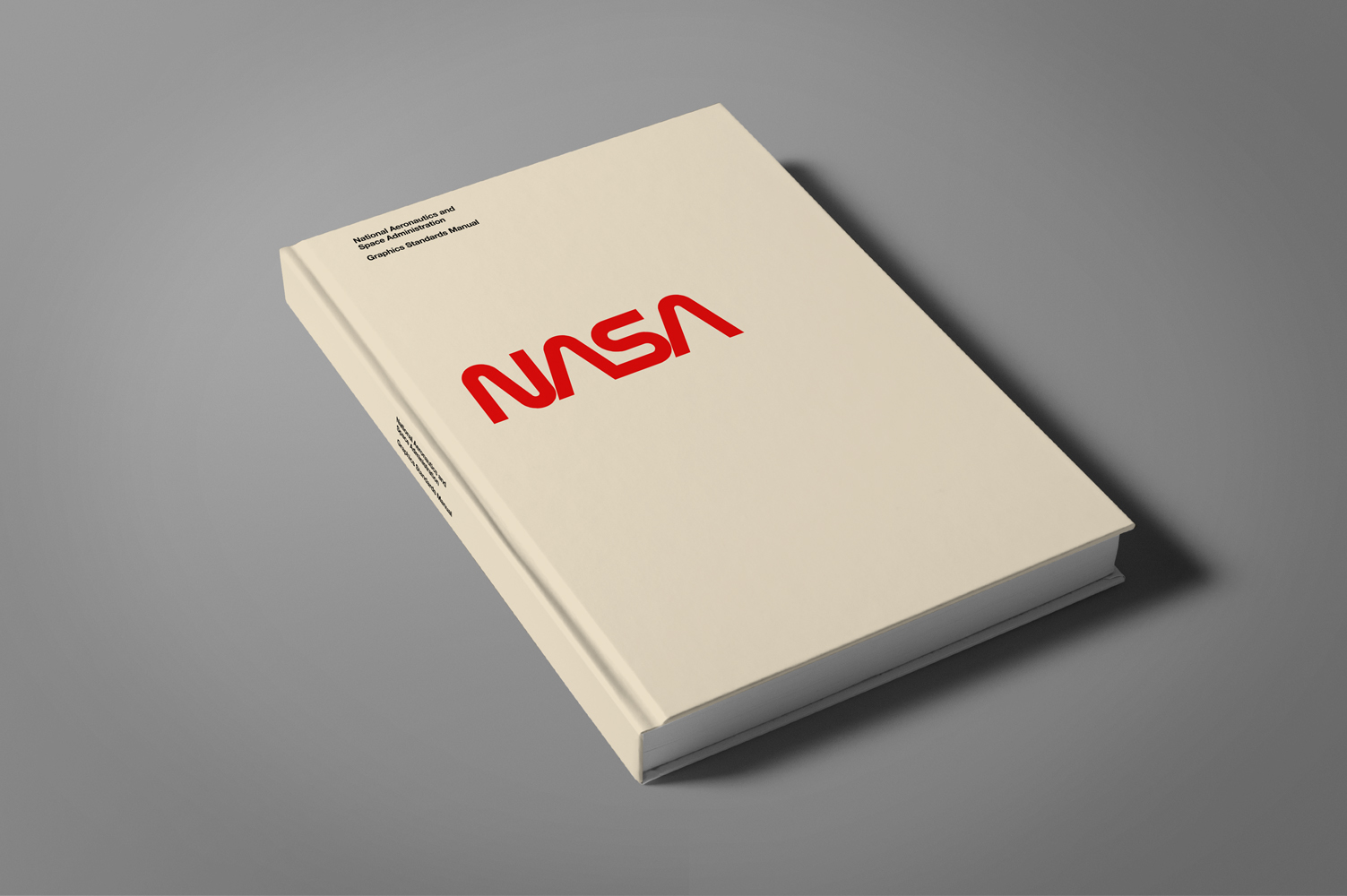 Brand Guidelines are boring, right? Wrong! Especially if they have sections with titles like ‘Mission Patches and Other Symbols’ and ‘Air & Space Vehicles’.

The NASA Graphics Standards Manual was originally developed in 1975 by a relatively small New York design studio called Danne & Blackburn and have recently been re-published in a high-quality coffee table book, funded by a Kickstarter campaign.

NASA have released the original document in PDF format, possibly in response to the interest generated by the book.

The NASA ‘worm’ logo has really stood the test of time and still looks modern and clean to this day even though it was replaced in 1992.

The whole book is a cool slice of design history. Take a look at NASA’s PDF here and get a copy of the new book here. 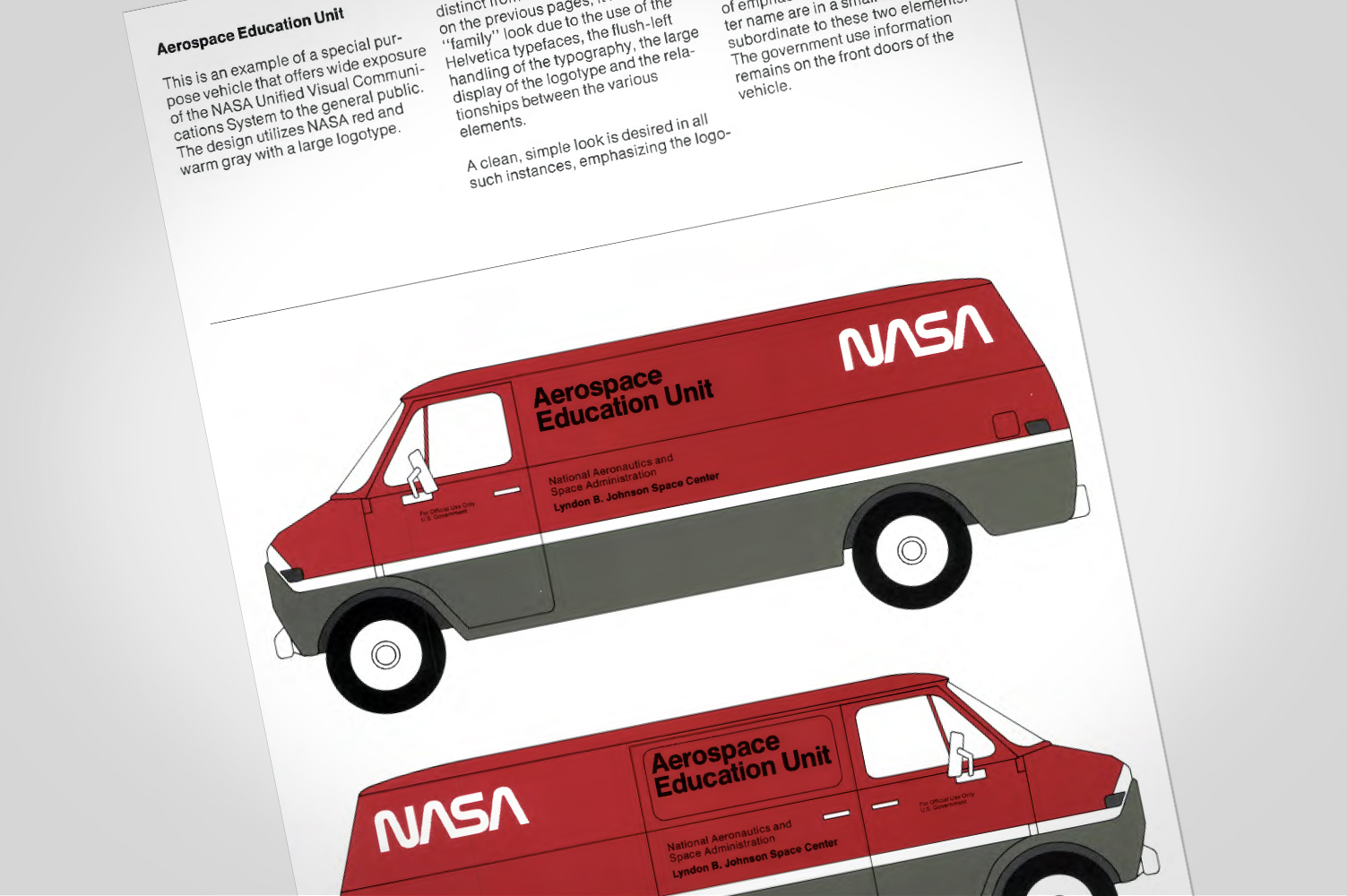 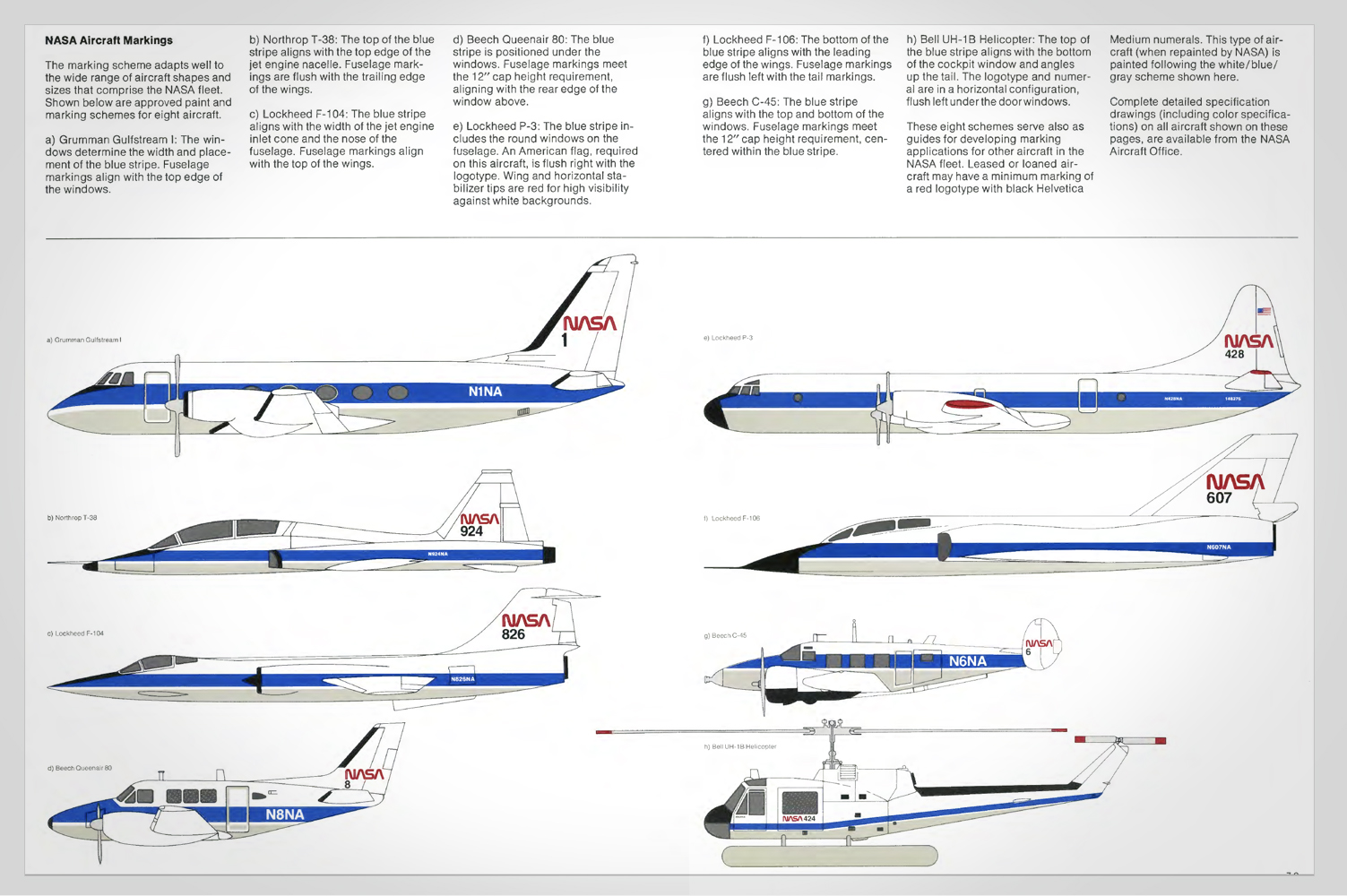 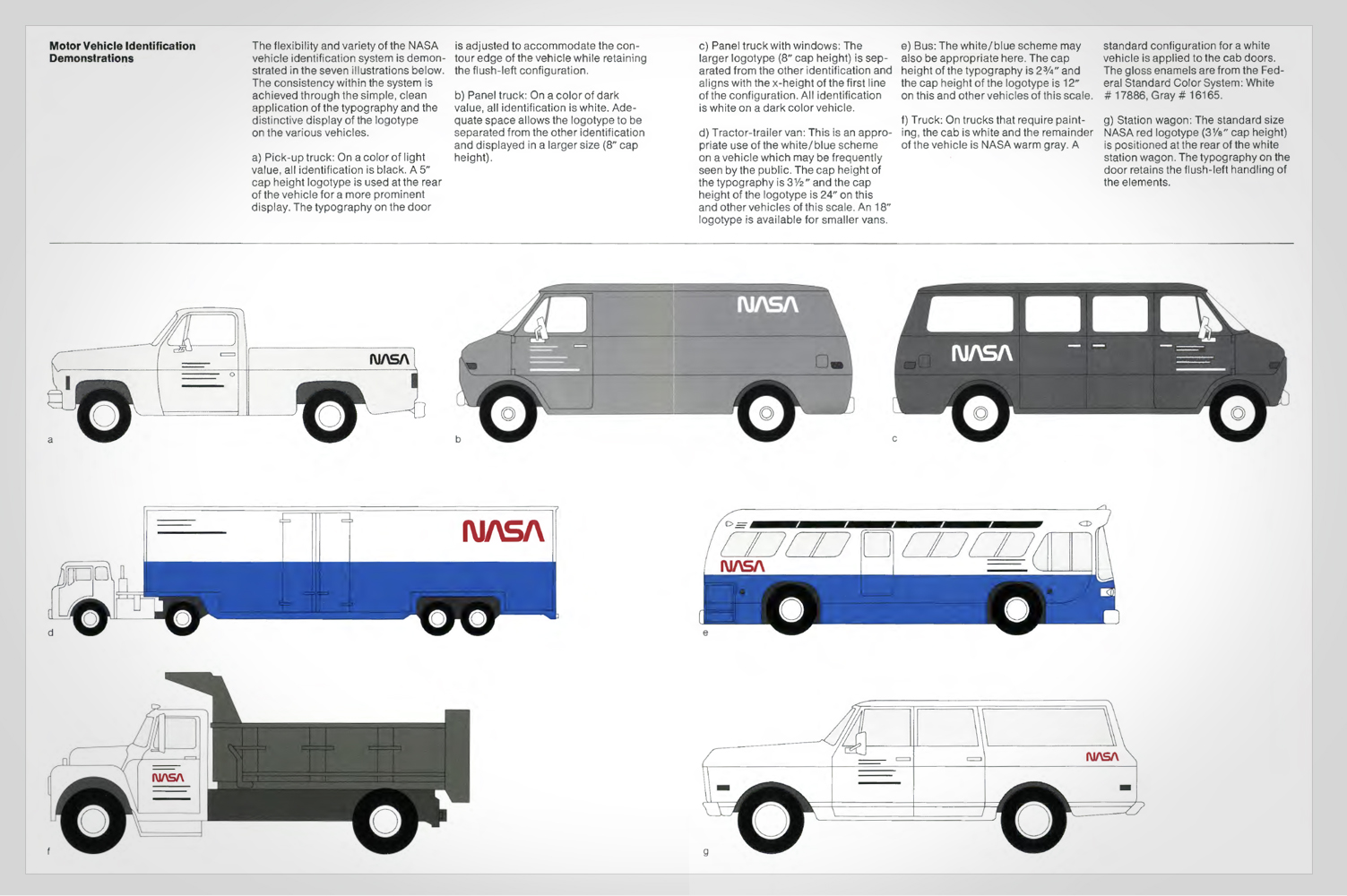 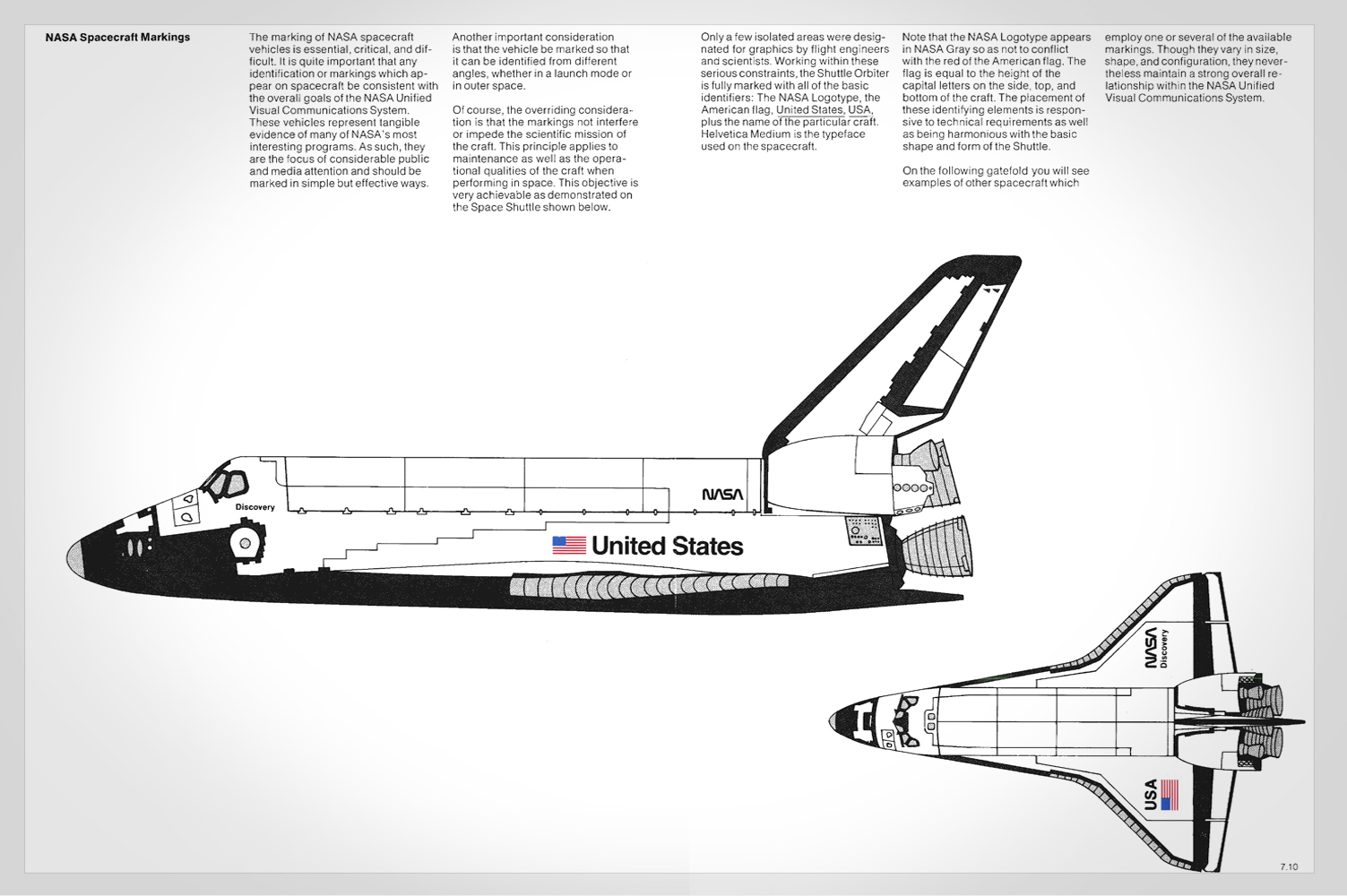 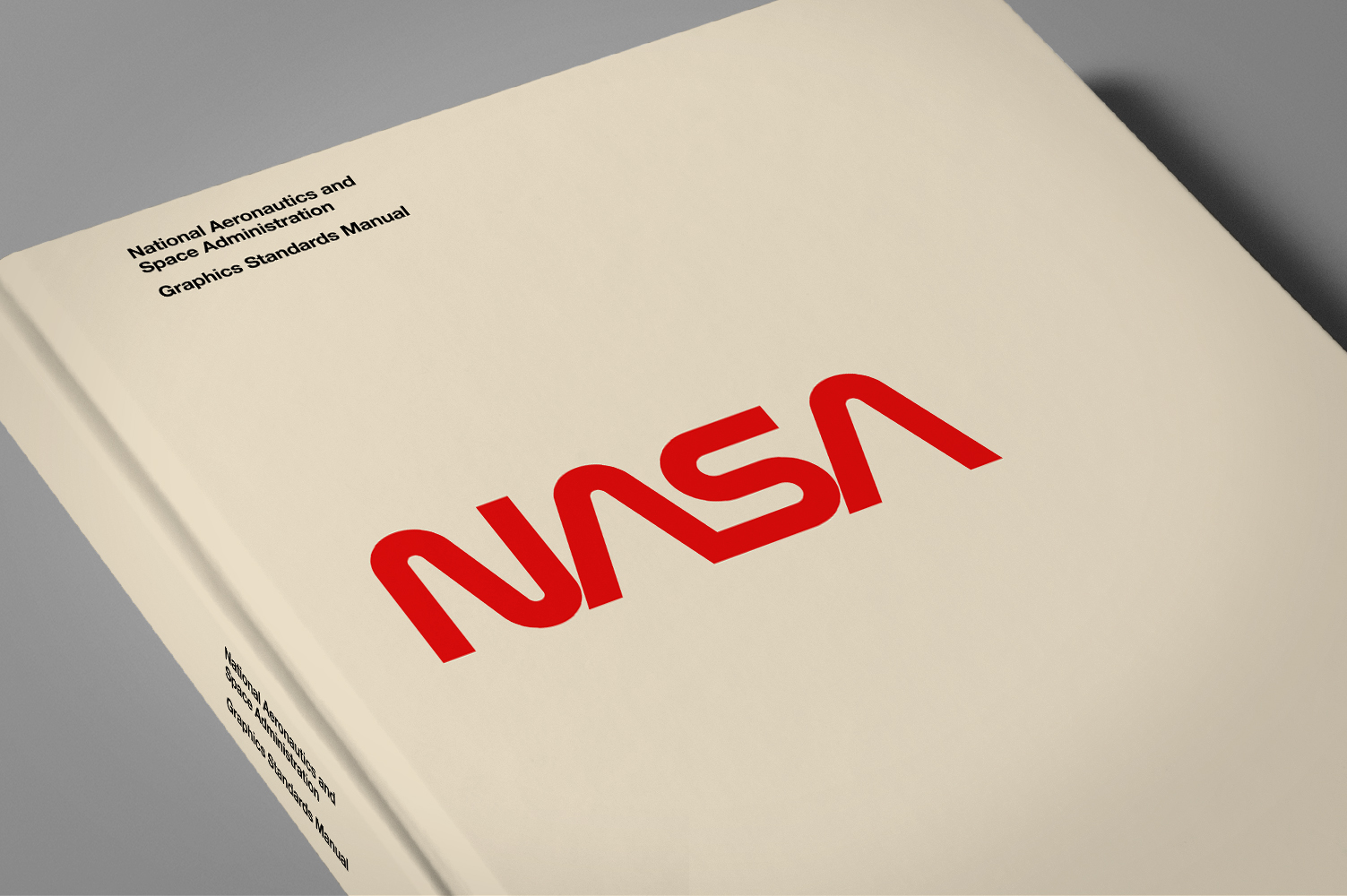